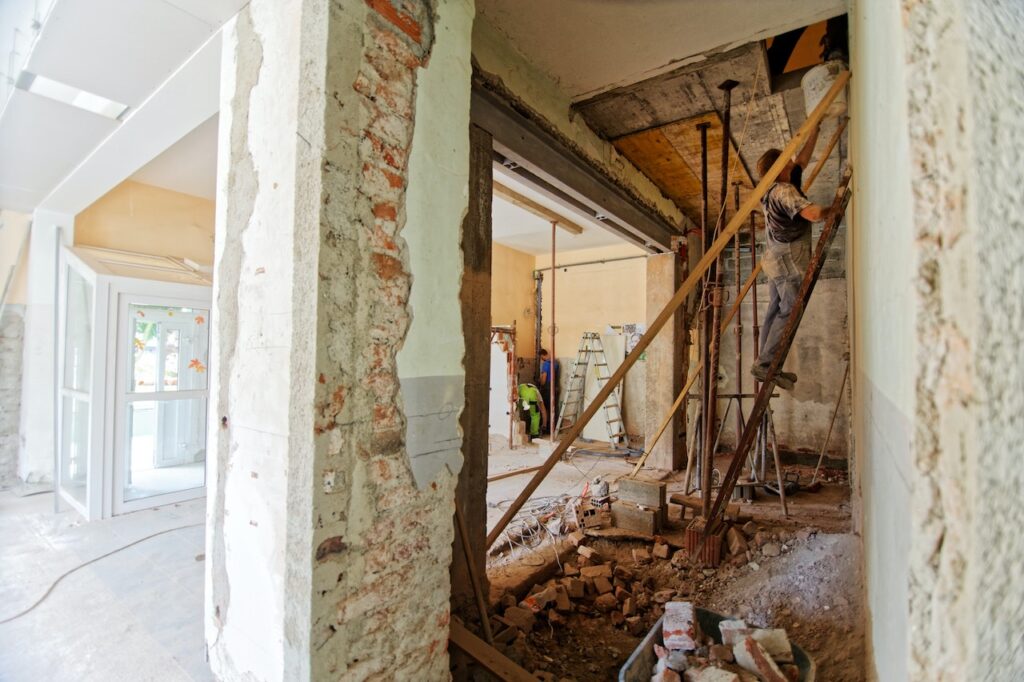 Renovations after a Heavy Storm: Common Areas that Need Attention

No one reading this post needs to be retold what kind of devastations a storm can bring to a home, so we will skip that part. Instead, let us get straight to the actual problem areas which often crop up after the storm has passed.

No other part of the house is likely to be affected more by a storm than the roof itself. Depending on the intensity, duration, wind-speed, total rainfall, etc., the damage could be anything from a few missing shingles and a clogged drain, to even a completely missing roof! Whatever damage has been caused to the roof, know that professionals can take care of it. Pay a visit to advantage-construction.com, and let them handle it. They will even help you with claiming your storm insurance compensations as quickly as possible.

After the roof, the basement is often left the most affected after a heavy rainstorm. Of course, the damage caused to a basement is not received as much from the storm itself, but rather the rain and flooding that follows it. Check the basement immediately to see if there is pooled water inside it, and in case there is, do not step into the basement. The water must be drained first to avoid any chances of electrocution. Post drainage, the basement should be renovated in a way so as to make the external grading slope away from the entrance and prevent future flooding.

Those that have not had to face some of the powerful hurricanes in the recent past will probably underestimate the importance of reinforcing walls. It varies depending on the geographical location of your house, but know that there are storms powerful enough to damage external and internal walls. The structures might not be ripped off right away, but a single, powerful tornado or hurricane can turn an entire property into a leaky mess. Reinforce your external walls and internal walls against both physical damage and water damage. Only construction experts will be able to suggest the best reinforcing material and strategy, depending on the property’s original engineering and construction material.

Windows must be reinforced adequately in advance, because if they are left unprotected, almost any tropical storm will damage them. Glass panes will be shattered, and entire window frames could be ripped off the walls without protection. If it has unfortunately already happened, ensure that the next set of windows you put in are protected by an additional set of storm windows. Even if some windows are left unharmed, they must also be protected in the same manner, and well before the next storm hits.

Doors can be just as susceptible as windows, but unless the house was constructed only recently, and without paying any heed to the local weather conditions, they should already be heavy enough to withstand most storms. Nevertheless, doors being blown off their hinges is not an uncommon sight during devastating hurricanes. Reinforce the hinges to avoid that from happening.

Urban Rustic is a popular home improvement blog that covers everything from architecture to design, DIY tutorials, inspiration, renovations and more.